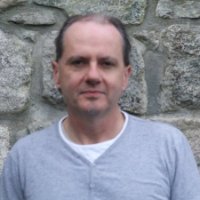 Brendan holds an MA in Modern Drama Studies from UCD and has over 25 years experienceworking in the theatre. He has acted and directed on stage and screen for TG4, RTE, BBC,
Disney Channel, The Abbey, Taibhdhearc, Town Hall Galway, Project and many other independent companies.
He was co-director of the multi award winning companies Punchbag and Fíbín.

He is currently Director of Áras Inis Gluaire – Erris Arts Centre, Belmullet, where he works in
collaboration with the RHA Dublin and the RIAM.
This is the second festival that Brendan has adjudicated at Roscommon so he hopes to get it right again.