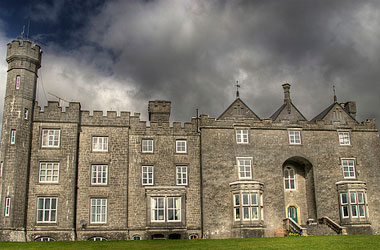 Donamon Castle is one of the oldest inhabited buildings in Ireland. There was a fortress here from earliest times, but the earliest recorded reference is in the Annals of the Four Masters for the year 1154. The castle was the seat of the O’Finaghty’s, the Chiefs of clan Conway, which clan held the land for miles round about. The Castle was attacked, destroyed, occupied and repossessed many times in the course of the next 500 years

In 1939 the Divine Word Missionaries bought the property. The grounds were a wilderness and the Castle was in a ruinous condition. Great hardship was suffered by the first community and matters were made worse by the fact that it was cut off by the war from its sister-houses on the Continent. The Castle is now home to a small number of Divine Word Missionary priests. The former seminary now houses ‘Cuisle’ – a respite centre and holiday home for disabled people.